A New Culture of Hospitality

20 Jun A New Culture of Hospitality

Posted at 15:05h in Turkey by Turkey Partnership
Share

The past week has been a whirlwind of change as our team has had to adjust to life in Turkey. After arriving safe and sound, we ate dinner with a local pastor and his wife and kids and then returned to our lodging for the evening. The following afternoon, we gathered at a small church in the city with about 15 or 20 members. Fortunately, there was a guest speaker that day, and the sermon was in English! Even though we could not make out a lot of the Turkish hymns, psalms, and prayers, we enjoyed worshiping with our brothers and sisters in Turkey. We even got to share communion together! I am grateful that Jesus left us with a sacrament that transcends language and culture. We who cannot understand each other can remember the death of our Savior together. 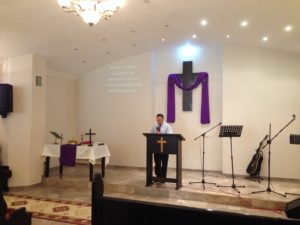 The majority of our week focused on getting acclimated to the city. On Monday we were introduced to some “survival” Turkish phrases that we have been practicing all week! We have learned how to ask for directions, order food and çay (“tea”), and introduce ourselves to strangers. On Tuesday night, we attended an English club, which will be the main venue for meeting friends in the city. We will be taking over English club in the next two weeks, which involves a time of teaching on a topic in English and then breaking up in small groups to practice English by answering some questions. 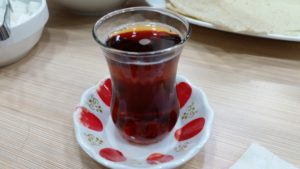 I have been most surprised by the culture of hospitality shown to us here in Turkey. I was not sure how we were going to make friends so quickly, but most people we have met want to hang out right away. If Turkey had a love language, it would be quality time. For example, I got to spend the whole day with a medical student I had only met briefly the day before! Much of this time involves simply sitting down somewhere sipping tea and talking about life. 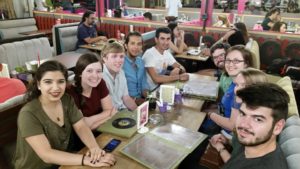 This has been the most formative aspect of the trip for me so far. I think I speak for the rest of the team when I say that we have been blessed to serve in a non-American context. In the States we are bombarded with an individualistic, consumerist culture that in many ways is a hindrance to the gospel. It has been nice to put that off and put on something new in the hopes that the gospel message would one day flourish in this place. For the next 6 weeks, we will pray and labor toward that end.