Posted at 04:19h in Uncategorized by Ryan Heard
Share
Saturday our team went to the Dump for the first time. The Dump is about 1 1/2 hours from our place. All week long we had been working with a great group of kids in our English class who we thought had a lot of energy. After going to the Dump we found out the true meaning of “high energy kids!” 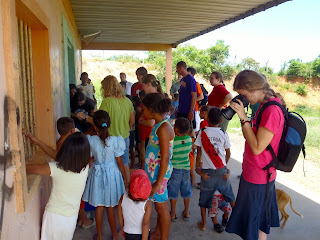 Soon after we got there, kids gathered around the doors to the church ready for some entertainment. Elizabeth was there to capture their excited faces. 🙂 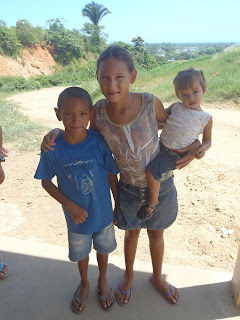 Although these kids are around the same ages as the kids we work with Monday, Wednesday, Friday, they are in a different world. They live and depend on the trash other people dispose of. They have grown up in “survival mode” and depend on each other for support. 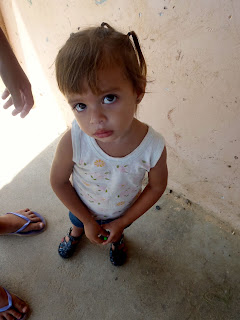 I have no idea what they were thinking when they saw us gringos running around playing and trying to communicate in broken S`panish, but I do know that they saw and heard us because they quickly became our friends! At first this little girl (above) was skeptical 😉 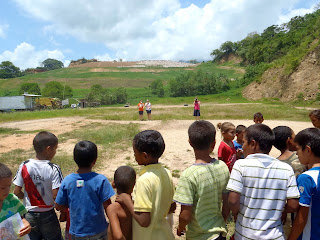 After telling the story of Noah’s Ark we went outside for a good ‘ole game of “Luz Rojo, Luz Verde” (Red Light, Green Light). In the midst of all the trash and poverty, these kids know how to have fun and run fast!  Needless to say, they beat us gringos every time.
The hill that you see in the back of this picture above is literally growing. A truck takes a load up, dumps it out, and smoothes it nicely over yesterdays trash. People at the Dump seem to live by the saying “one man’s trash is another man’s treasure.” As the trucks are driving up to the hill teens will jump on the back to salvage what they can. It was definitely a new sight for my eyes and some of my teammates. 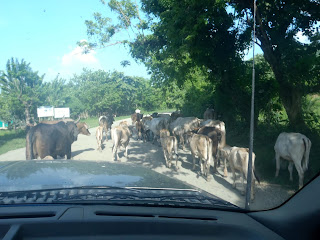 We had a nice lunch in La Ceiba then began the trek back home. Mrs. Pirkle is a great driver, but here in Honduras sometimes even the best drivers can get stuck behind cows. All was well in the end and we got home safely.
The Lord has blessed our team this summer. He is so loving to us as we live here in Honduras to spread the Word! We see Him in nature, in each other, and in the sweet sweet children we spend our days with. Pray for a softening of the hearts of the Hondurans. We are here for the Lord and need to be constantly reminded.
By: Charity Hubbard